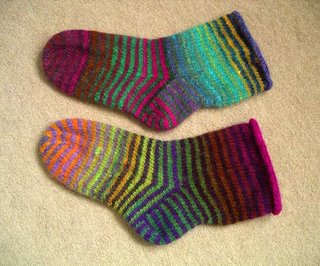 Aren't these just the best felted socks ever? I love them. They've been simple to make and look just great. The felting process was easy peasy. I put the socks in a lingerie bag and put a pair of jeans in the machine and did a quick cotton wash at 40 degrees. And they came out perfect! I tried them on straight away - yes they were a bit damp - but of course had to make sure they fit and they did. So I straightened them out gently and left to dry. So yippee, they're ready to take with me ;) 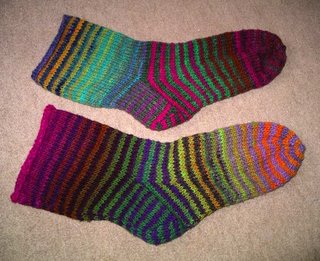 Here we have a pre-felting photo. For some reason one looks quite a bit larger than the other but its probably due to the angle of the camera. I used Noro Kureyon 92 and 154 - 2 balls of each. But only used a small amount of both second balls so if you wanted to do them in just 1 colour, 3 balls would be plenty. But those stripes are so cool.....and would look good I reckon with whatever shades you did them with.

Yep, its that time of year again and we're off for a week to St Ives for our anniversary and are staying at our favourite place. Meals are already booked for the weekend, our favourite Indian for the Saturday we arrive and my husbands favourite for the Sunday, our actual anniversary. The restaurant does an amazing vegetable fajitas which I have every year. Its traditional you see ;)

Of course I've only just started packing as I've been more concerned with knitting. I'd been racing to get my felted socks finished so I could felt them in time. I tried hard to get a felted bag done too but there's no way I can get that done in time. Oh well. But as the weathers gotten a bit sunny again I don't mind as I can still use my nice bright summery bag.

Talking of felted bags I love the Ayla design from the latest Knitty. Its great. Another one to add to the list maybe?

I have been just bogged down with paperwork recently. Partly my husbands accounts but also I've recently taken on the role of Secretary for the Management Company where we live. I decision I bitterly regret as it is definitely not 'just signing a few cheques'. Its in quite a mess and there are lots of problems that need sorting. Which I don't get paid for so very frustrating as I'm not going to spend hours sorting it out for nothing. But we won't be here forever and I'm hoping once its more organised it will settle down. I guess the take-over part is the worst, especially if it hasn't been managed properly beforehand.

I've also started a book-keeping course which will lead to a recognised qualification. I've not had any formal training so it would be nice to find out how its done 'properly' and will help with the new role I've been lumbered with.

Talking of new roles I've just accepted a new part-time role just 5 mins drive away from me. Guess what I'll be doing there? Yep, lots more paperwork as I'll be office administrator. Environment is very relaxed though and I can wear jeans and trainers so I'm happy about that. I start once I'm back from my hols. 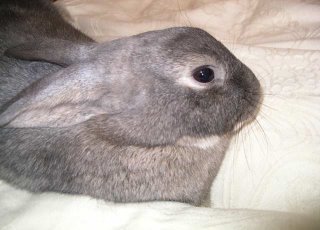 This is what Thunder thinks of us going away. Totally unimpressed!

So see you when I get back. This is the only time when I have no computer access so won't be able to reply to anyone till I'm back. Bye bye ;)
Posted by RoxyK at 9:00 pm 9 comments: 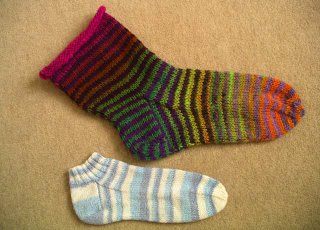 Isn't the bed sock wicked? No of course my feet are NOT that big, this is a pre-felting photo of course, with a a normal trainer sock for comparison. It was fun knitting and I liked the way the stripes turned out, even though the twisting of the 2 colours can get a bit tedious when knitting in the round. I'm working on the 2nd sock and am hoping to have them ready to take with me to St Ives. Pattern is from the wonderful Noro Unlimited by Jane Ellison.

Wanting to get the sock finished (and a bag too but thats a different story!) meant that I didn't get quite as much finishing done as I would have liked. But I have done some. Kitsch finally got its collar sewn on using slip stitch which I very rarely do so am not comfortable with at all. But I got my Finishing Techniques for Hand Knitters out and read all instructions carefully and even though I say it myself, ended up sewing a pretty near perfect collar on. Whew, I was relieved when that was done. Only 1 sleeve needing its ends sewn in, sleeves pressed then sewn up. How come it seems to be getting further away rather than closer to being all done?

I used the fabulous Knit Klips for the first time and was amazed at how good they were. No pins dropping on the floor or stabbing you in the finger. It was so quick to pin the sleeve - literally a minute instead of the usual 5 or 10 then wondering if there are any stray pins lurking around - which is not a good thing when you have a nosy fury creature around! So to anyone wondering if they're worth getting, oh yes, they are an absolute must have. I got a pack of 10 and that seems to enough. Even DH was impressed with them.

What I used the Knit Klips on was York and I happily sewed a sleeve into the armhole quickly and easily without worrying about those darn pins. The second sleeve has been knit klipped all ready to go. I ended up using some 6 ply sock yarn doubled for sewing up. We all know not to use Kureyon for sewing up unless we want to risk losing our sanity - or what we have left of it anyway ;)

Which reminds me. I totally forgot to mention last post that I had no intention of making the sleeves match so well on York. I knew I had 2 balls that started at roughly the same colour, and it would have been nice to end at about the same place, but that was about it. With the very real possibility of running out, colour matching the sleeves wasn't really an option. It was more a case of trying to match the joins as best I could so they weren't very obvious. So it was a real bonus that they ended up quite close. See, the Kureyon all worked out ok in the end. I was so relieved I had enough - I don't want to go through that again in a hurry! 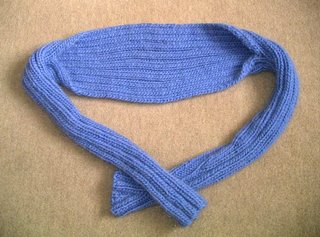 Its been a few weeks since I had an FO to show but finally I got one. Yup, its the shrug I had so much trouble with last post. Its an ok FO. Nothing special though the Rowan Polar yarn is gorgeous to knit with and very soft and warm. It really needed the sleeves to be knitted in the round to avoid a seam, especially as it uses chunky yarn. Having a seam makes it too snug to wear for long though it is handy to have. I thought about frogging but probably won't bother now. You live and learn eh? I never seem to have much success with online patterns - I am so fussy you see. I guess thats why I love Rowan designs - they're designs are tried and tested and I can't remember ever making anything that didn't fit really well. And you don't need to rewrite the entire pattern either.....

My copy of Vogue Knitting finally turned up on Monday. Only 6 weeks till the next issue. At least its here - better late than never!

What a sad loss to the animal world there's been this week with the death of Steve Irwin. He'll be really missed. He was such an enthusiastic conservationist and such a character. There was no-one quite like him.

So it seemed like a good time to post more of my holiday pics. These are from a mangrove tour which was just brilliant. We have me & a ray, eagles, wild dogs and monkeys. Enjoy ;) 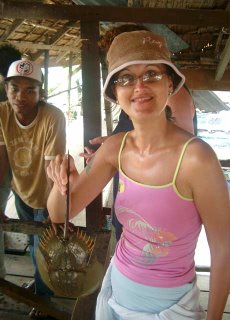 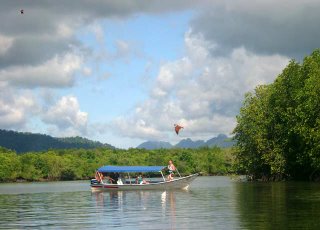 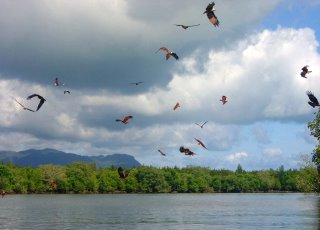 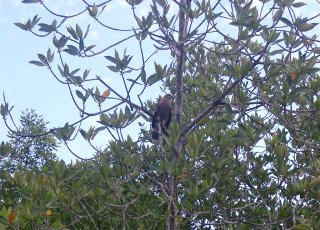 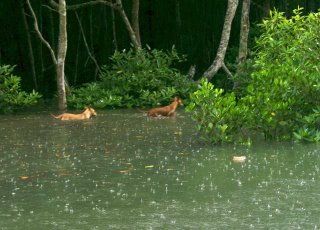 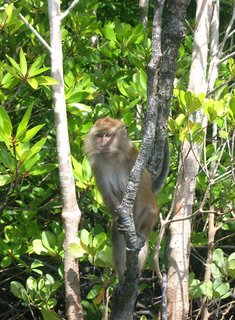 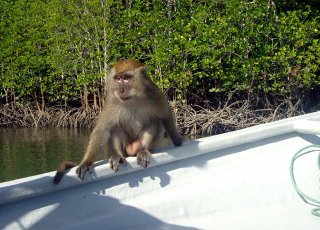 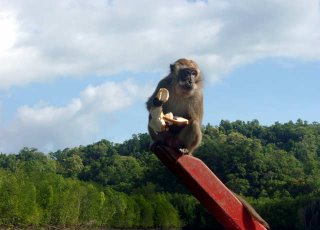